Driving While Intoxicated aka DUI or DWI 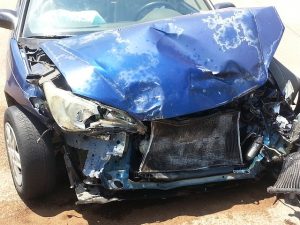 Driving While Intoxicated aka DUI or DWI are some of the most common of all criminal offenses that we face today. These are cases stemming from the use of alcohol, illegal drugs. Prescribed medications, or even over-the-counter medications while operating a motor vehicle or other vehicles, such as a motorcycle or boat. In this section, for simplicity, the word â€œdriverâ€ refers to the operator of any such vehicle, not only a motor vehicle, and all cases named above will be referred to as DUI/DWI cases.

DWI Can Be Classified As a Felony or Misdemeanor

The severity of the charge placed upon the driver depends on such factors as how intoxicated the driver was at the time, whether or not another person was injured or killed while the driver was intoxicated, and whether the drunk driver has been previously convicted of similar charges. A DUI/DWI charge can be classified either as a misdemeanor or felony, depending on its seriousness.

Most cases of simple intoxication would be classified as a misdemeanor, except when complicated by other factors. First offenses can produce fines, a short jail sentence of several days, or probation; but some cases can result in imprisonment for a period of up to six months, with the imposition of fines. License suspensions are also a possibility. For a first offense, a 90-day suspension is typical, with longer suspensions for second and third offenses. Youthful offenders can be treated as harshly, or more harshly than adults, including license suspension for up to one year, especially when the driver is under 21.

DUI/DWI charges can become felonies if the driver has had a prior DUI/DWI conviction, or for driving while operating a vehicle while on a suspended, restricted, or revoked license. Even harsher penalties could result if a person were injured or killed by the driver, if the driverâ€™s blood alcohol content was very high, or if there were children in the vehicle at the time. Most district attorneys will not negotiate plea bargains in DUI/DWI and related cases.

ClickÂ HEREÂ To Find a DWI Lawyer Near You

DWI Laws and Penalties Can Vary By State

States may define DUI/DWI somewhat differently, and prescribe different penalties, but in all cases, whether or not the driver of the vehicle was driving poorly, the state must prove that if alcohol was involved, the driver has been shown to have a blood-alcohol level above a set standard minimum. This becomes especially important when the driver has stopped and left the vehicle or is asleep when police arrive on the scene. In such cases, further examination is required by the police officer, and this normally includes sobriety testing, blood and/or urine testing. If the driver does not to submit to testing, the typical penalty is a mandatory suspension of their license for a period of six months to one year.

In some states, alternatives to fines and imprisonment may be imposed such as community service, or restitution to victims.

Of course, insurance companies are likely to treat DUI/DWI cases harshly as well, resulting in drastically higher insurance rates, or outright cancellation of policies. Another factor to consider is that a DUI/DWI conviction may make it impossible for the driver to subsequently hold any job that involves driving a vehicle. Also, even after a person has been charged in a criminal court for a DUI/DWI offense, the driver may be subject to a civil lawsuit due to personal injuries caused, or damage to property.

You Need a DWI Lawyer

To protect your rights, and to receive the best possible legal defense in a DUI/DWI case, it is essential that you choose an attorney familiar with the laws of the state where the incident occurred, and experienced in cases of this kind.

ClickÂ HEREÂ To Find a DWI Lawyer Near You