Criminal investigations based primarily on illegal wiretapping may seem like something that happens only on TV. However, there are plenty of ordinary citizens whose homes were raided based on the interception of telephone and electronic communications, known as “wiretapping”. This technique can be used in any criminal investigation, though it's most common in cases involving drug trafficking or white collar crimes. Of course, these investigations are done by law enforcement agencies such as the FBI, but wiretapping can be done by individuals, as well. In fact, New York Penal Law Article 250 define wiretapping as “the intentional overhearing or recording of a telephonic or telegraphic communication by a person other than a sender or receiver thereof, without the consent of either the sender or receiver, by means of any instrument, device or equipment.”

This statement makes several important points: 1) wiretapping is only a crime when it's done by a “person other than a sender of receiver”; 2) however, it's not a crime if the other party has the permission of either the sender or receiver; and 3) furthermore, it's not a crime for the sender or receiver to record the conversation, even without the other party's consent. That last bit of information may surprise you, but New York is a one-party consent state. In addition to either party being able to record conversations, either party can give permission to an outsider to eavesdrop on the conversation.

Such communications often form the basis of lawsuits and criminal proceedings, and they're certainly helpful – or detrimental – depending on which side you're on. However, it's critical that such communications are obtained legally, since you are required to comply with the Federal Electronic Communication Privacy Act, regardless of what state you're in. The most important guideline is that you must be one of the participants in the conversation. The act of procuring “any other person to intercept or endeavor to intercept, any wire, oral, or electronic communication” is illegal.

Such communications will not be admissible in a federal court, including federal courts located within New York.
NY Penal Law Article 250.5 makes illegal wiretapping a Class E felony.

The takeaway here is that illegal wiretapping is a crime, so it's important to recognize when you are the victim of such practices. However, proving a case of illegal wiretapping can be challenging based on the chain of command, and the technologies that were used. That's why it's imperative that you work with a criminal attorney experienced in both New York state and federal wiretapping laws. Remember, information obtained against you via illegal wiretapping can't be used against you. Furthermore, a recorded conversation may be ruled as hearsay, or statements made out of court. While an exception to the hearsay rule may allow for the admission of the recorded conversation, retaining an attorney is your best chance of arguing its inadmissibility. These factors could mean the difference between a case proceeding to trial versus being dismissed for lack of evidence.

It's equally important to speak to an attorney if you wish to obtain information via recorded conversations. The laws are very complicated when you are in New York, but the other party is in a two-party consent state such as Connecticut, Pennsylvania and Massachusetts. Understanding the full ramifications of illegal wiretapping is the best way to protect yourself from the serious legal penalties of a felony offense. 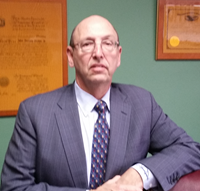